Let's travel to Spain to learn about the Recicla la Noche campign, created by Pernod Ricard España and Noche Madrid!

The initiative aims at raising awareness of glass recycling in the hospitality sector and includes several activities, such as visits to HORECA establishments, surveys, or annual Recicla la Noche awards. 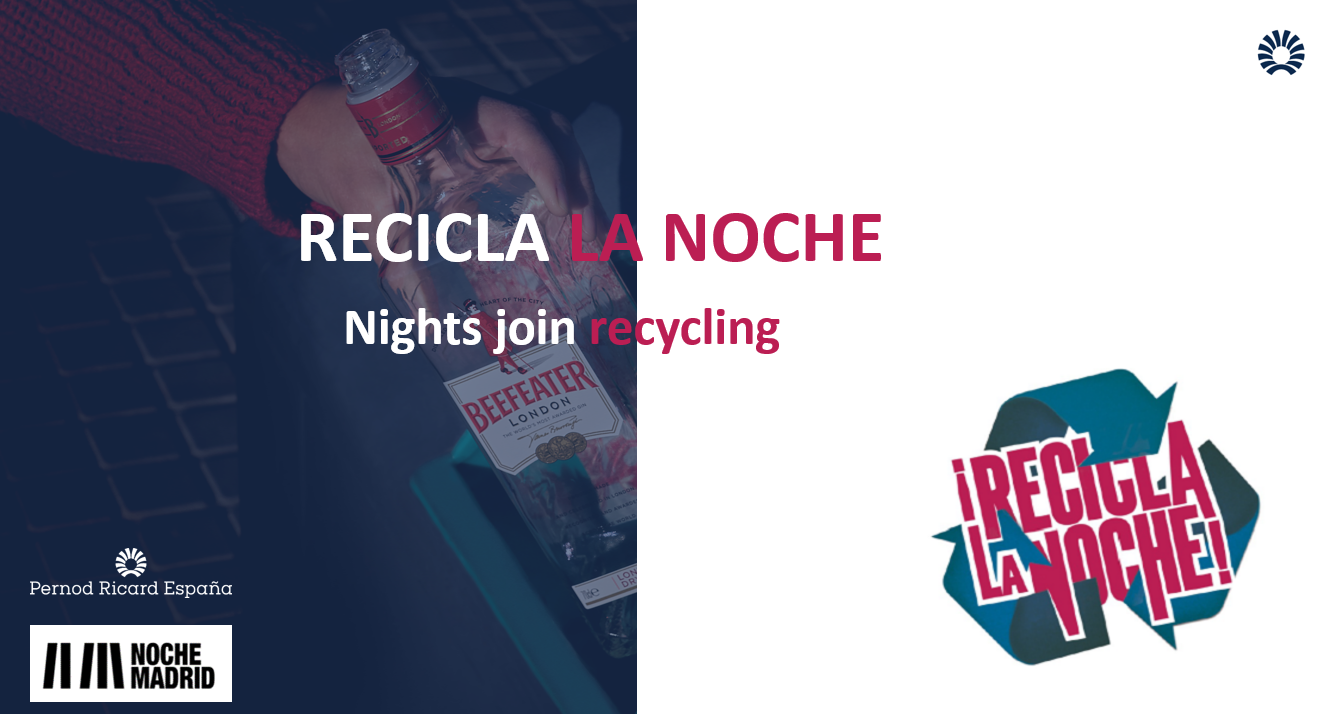 As part of its commitment towards the environment and society, Pernod Ricard, a worldwide producer of wine and spirits, developed a Sustainability and Responsibility roadmap called ‘Good Times from a Good Place’. The roadmap sets different goals to be achieved by the company by 2030. Recicla la Noche campaign, or in English, ‘Nights join recycling’, is part of this commitment.

The project is a collaboration between Pernod Ricard España, and an association Noche Madrid. It has been running since 2016, with a forced break in 2020 and 2021 caused by the Covid pandemic.

Its goal is to create awareness and educate bartenders about the importance of recycling while they are working during the night. It also targets consumers, so that they can make better choices.

Recicla la Noche is based on three pillars:

Recycling squad – Trained volunteers visit Madrid bartenders to raise awareness about the importance of recycling and discuss with them the specific situation of each one.

Sociological study – Pernod Ricard España and Noche Madrid prepare each year a full survey about the situation of recycling in order to know how the hospitality sector embraces recycling in their daily operations, as well as how clients perceive its importance. Due to Covid, the last survey was published in 2019, but the works are ongoing to prepare the 2022 edition.

Recicla la Noche Awards – Each year, Noche Madrid celebrates Recicla La Noche Awards to highlight actions realized by locals or organizations to foster recycling in the nightlife sector of Madrid. During Covid, the awards recognised all the initiatives aimed at helping the nightlife survive the closures.

90 Minutes to Close the Loop, Episode 8